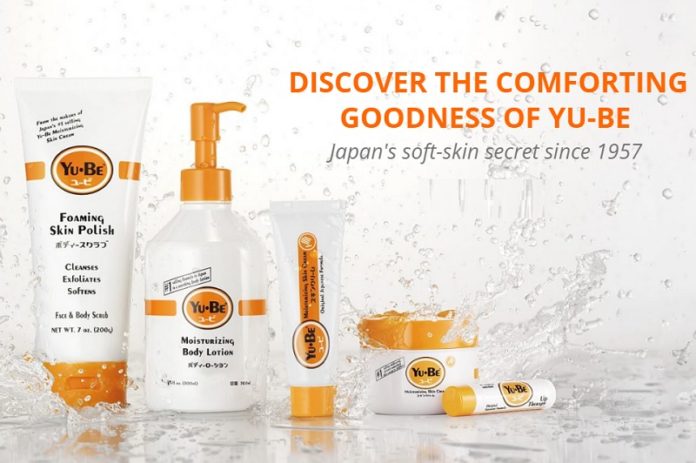 Yu-Be (pronounced YOO-BEE) is a highly concentrated glycerin cream enriched with Vitamin E, Vitamin B2 and camphor. Here in the StyleChicago.com office, we can attest to the immediate benefits of using this moisturizer. Whether to soften dry winter skin or nourish the skin we tend to forget about in the warmer weather (especially those cuticles), Yu-Be absorbs fast and is effective.

Yu-Be’s collection of skin products are able to quickly heal rough, dry patches all over the body – especially on hands, elbows, knees and feet. It also replenishes lost moisture from water damage or frequent hand washing, helps heal and minimize scarring from burns and protects and moisturizes skin exposed to cold, wind, and water.

It’s the uniquely high glycerin content, achieved through a special, top-secret manufacturing process, which makes Yu-Be so effective on extremely dry skin and truly sets it apart from other creams. 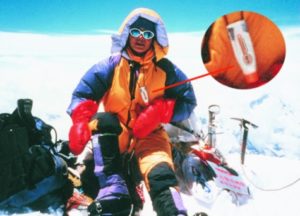 Yu-Be has been tested from the top of the world all the way to the bottom of it. Mountain climber and explorer, Sumiyo Tsuzuki, became the first Japanese woman to ever summit Mt. Everest from the difficult Tibet side in 1998. And in 2007 she pointed her compass to the South Pole in Antarctica and became the first Japanese woman to ever ski to the lowest point on Earth.

Wearing a 1.25oz. tube, taped to a shoelace around her neck, she overcame the extreme winds and sub-zero temperatures with the help of her trusted, Yu-Be Skin Cream.

How it all started:
It was 1957 when Japanese pharmacist, Yoshikiyo Nowatari, answered the pleas of a woman long-suffering from dry, cracked skin. She was tired of using petroleum-based skin care products that she found to be too greasy, messy and ineffective.

In order to help the woman, Mr. Nowatari went to work in his lab in an attempt to create the perfect skin cream that replenished the skin but didn?t leave a greasy mess.

By using the most effective ingredients and a specially developed manufacturing process, he was able to create a highly concentrated glycerin-based and vitamin enriched skin scream, and that’s how Yu-Be came to be.

Growth in America:
Since its creation, Yu-Be has gone on to become one of the longest-selling skin care products in Japan and the #1 selling medicated, vitamin-enriched cream on the market.

For years, Yu-Be was a special gift purchased by travelers visiting Japan. Jim, a Japanese-American businessman was constantly bringing Yu-Be back to his wife, Elena. She discovered Yu-Be as a girl attending boarding school in Japan and continued to use it throughout adulthood.

Jim saw a great opportunity and began importing his wife’s beloved product and introduced it to the United States, Europe and beyond. The response has proven Elena’s instinct that women and families all over the world would embrace this extraordinary, therapeutic skin cream.

A Girl & Her Pug Woodworks – Cutting Boards and Charcuterie...