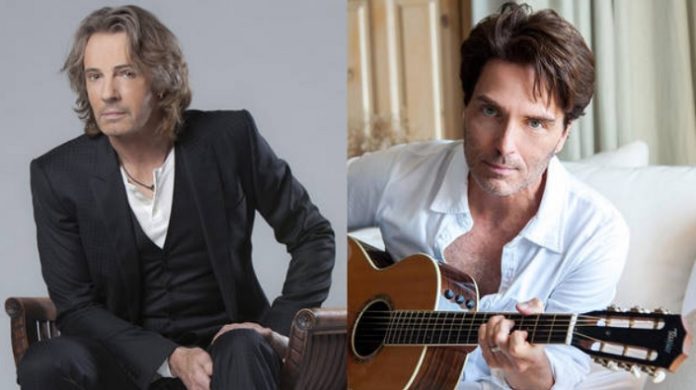 Additional dates and times may be available. Times and prices vary by date. Please view ticketing page for details.

Rick Springfield has worn many hats as an entertainer and performer over the past five decades. He began learning guitar in his teens, and by the late 1960s had joined a hit band in his native Australia. Within a few years, however, as that band swung its sound to hard rock, Springfield set himself apart with a collection of dreamier pop-rock including his first solo hit, ?Speak to the Sky.? He soon moved to the United States, and by the mid-?70s had begun a parallel career in acting while releasing his 1981 hit, “Jessie’s Girl.”

As a performer, songwriter and producer, Richard Marx has had innumerable highlights over his nearly three-decade-long career. The Chicago native has sold more than 30 million albums worldwide, starting with his eponymous debut, which charted up to number eight and spawned four top-five singles, including the number-one smash ?Hold on to the Nights,? with ?Don?t Mean Nothing? earning him a Grammy nomination. Its follow-up, 1989?s Repeat Offender, was even more successful, going quadruple-platinum on the strength of its two number-one singles, ?Satisfied? and ?Right Here Waiting.?