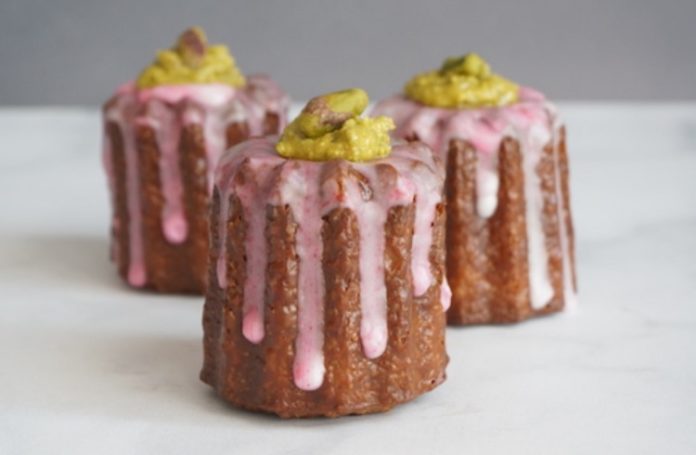 Inspired by the thoughtful craft of fine French baking and combined with the love of contemporary flavors, Recette is a new addition to Chicago from pastry chef Jenny McCoy.

Recette, meaning recipe, is exactly what they are – a bakery that strives to create the best recipes possible for their beloved treats. With over 20 years of experience in baking, founder Jenny McCoy, has perfected her recipes, and you’ll find her baked goods to be full of flavor and texture, absolutely delicious, and never too sweet.

They are dedicated to sharing their best recettes, beginning with their most beloved baked good – the canelé. Gloriously crispy and chewy with caramel on the outside, and a rich, dreamy, custard tucked inside – canelés are the greatest French pastry you’ve never heard of. 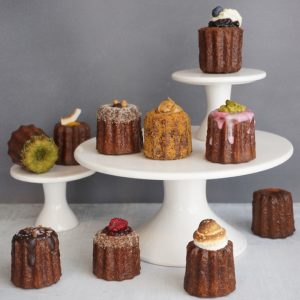 Each pastry is made by hand, in keeping with the artisanal nature of well-crafted food. The ingredients are sourced from local farmers and growers whenever possible.

Steeping in tradition (and vanilla beans), canelé originated in Bordeaux, France. Canel? are made of a dreamy vanilla custard that is baked in special copper molds coated with a thin layer of organic beeswax, until they achieve their signature dark, crispy exterior and soft, creamy interior. They are the marriage of all things great in a French pastry – delicate, rich, and although they are small, they are irresistibly satisfying. In addition to the original vanilla bean and spiced rum flavor, there are ever-changing seasonal canelé flavors.

About Jenny McCoy:
Just after graduating from high school, Jenny enrolled in the Baking and Pastry Program at Chicago’s Kendall College, on a whim. Knowing she wasn’t ready to enter college proper, she decided, “If I like baking, I’ll have a job; if I don’t, I’ll know how to cook – where’s the harm?” Lucky for Jenny, she fell in love with the kitchen and landed positions in a variety of Chicago’s top restaurants, including Charlie Trotter’s, Blackbird, Gordon and Bittersweet Bakery. It was in these kitchens where Jenny learned to refine her palate and develop her talent for composing seasonal desserts. 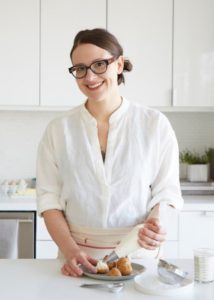 From there, Jenny went on to lead the pastry departments for many other incredible chefs in New Orleans and NYC, such as Emeril Lagasse, Tom Colicchio, Marc Forgione and Missy Robbins. She?s written two cookbooks, Jenny McCoy’s Desserts for Every Season and Modern Eclairs: And Other Sweet and Savory Puffs. Aside from baking and writing, Jenny spent several years sharing her expertise with aspiring pastry chefs at the Institute of Culinary Education in NYC. She co-founded a line of Fair-Trade baking and hot cocoa mixes that can be found in grocery stores nationwide and developed an exclusive line of baking and confection mixes with Crate & Barrel. Jenny has appeared on Food Network and Dr. Oz, and her work has been featured in People magazine, Bon Appetit, Food & Wine, The New York Times, and many print and media outlets. Jenny is considered an authority in the baking and pastry industry.

* StyleChicago.com’s 6th annual Cruise in Style aboard the Odyssey

Sara Sela Jewelry – Inspired by the Beauty and Wonder of...