Opened in 2009, The Modern Wing of the The Art Institute of Chicago is more than just a building or art gallery. It is a living, breathing body of cutting-edge architectural design and cultural intelligence that underscores Chicago’s commitment to cultural development. Full of artistic and scientific masterpieces both inside and out, the Modern Wing rarely fails to impress those who walk through its welcoming glass doors.

The Modern Wing of The Art Institute of Chicago

When The Modern Wing first opened its glass doors on May 16, 2009, The Art Institute of Chicago became the 2nd largest art museum in the U.S.

The size and integrity of the museum immediately put Chicago in competition with museums like the Metropolitan Museum of Art and MOMA in New York City. 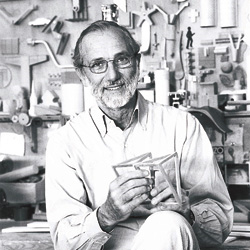 In 1999 The Art Institute of Chicago already had the idea for the Modern Wing in the works. That same year, Renzo Piano was the Art Institute’s top pick for the ambitious project.

Piano’s use of light and space in his previous projects was an element the Modern Wing saw as a necessity to the life of the new building, which Piano has confidently achieved.

Elegant design aesthetic was woven into his desire to build the Modern Wing in respect to civic-life and Chicago-style architecture. By utilizing Indiana Limestone on the buildings fa?ade, which is found on many Chicago buildings, it paid a respect to the site and the blend of architecture in Chicago. 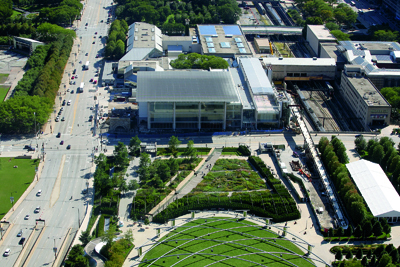 Piano’s fresh design doesn’t stop at the exterior walls; it expands outwardly to public spaces that connect the community to the museum for a harmonizing blend of art and culture.

Griffin Court: The Modern Wing is constructed of two three-story pavilions, placed on each side of the elegant Griffin Court. This connecting passageway is a dramatic and boisterous welcome into the new space. The court is skylit and encompasses the heart and soul of Piano’s central design elements of light and space of the new building.

Nichols Bridgeway: The 625-foot pedestrian bridge arches to a height of 60 feet & incorporates a majestic view of the Chicago skyline, Millennium Park, and Lake Michigan as it approaches the Modern Wing’s third-floor entrance. The Nichols Bridgeway can be accessed from the southwest corner of Millennium Park’s Pritzker Great Lawn.

The terrace’s first installation is a number of iconic chair forms designed between 1980 & 1989 by American Artist Scott Burton.

Terzo Piano:  Located on the 3rd floor of the Modern Wing’s west pavilion, this elegant restaurant offers fresh, authentic Italian cuisine by chef Tony Mantuano. The restaurant combines spectacular views of Millennium Park and the Nichols Bridgeway with a modern dining experience.  Terzo Piano’s outdoor terrace provides one of the best al fresco dining experiences in Chicago, and is also available to rent for special events. 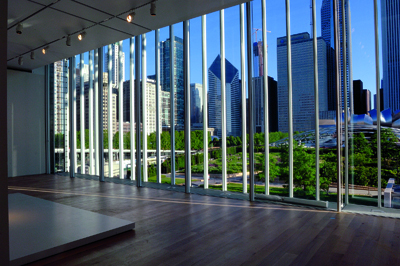 The Modern Wing has designed a cultural center for modern art while allowing technology and green architecture to shine as an innovative role-model of style and environmental design.

Light is one of the most important elements to notice in the Modern Wing because it incorporates natural light and technologically advanced and environmentally friendly lighting features to create the best light for the art work.

“We wanted to use light in the galleries closer to the conditions in which the works were created,” said Erin Hogan, Director of Public Affairs.

The Flying Carpet is a design feature that is composed of computer-modeled blades that act as a sunshade, which filters light into the upper-level gallery spaces. The screen saves electricity consumption while helping to achieve ideal lighting conditions during the day.

The outdoor lighting conditions provided by the Flying Carpet are complimented by the interior lights that also adjust for the changing levels of natural light throughout the day.

By combining these two lighting features it creates as much natural light as possible to provide the optimal gallery atmosphere while saving electricity.

Another energy saving feature at the Modern Wing is the heating and cooling system. Piano has designed a double-paned facade of transparent, glazed walls, which cater to the temperature and humidity conditions required for the art work.

Photo above courtesy of Angelina Cole

The Ryan Education center has doubled the size of its previous facility at the Art Institute and now occupies the entire first floor of the Modern Wing’s East Pavilion. This center is the state-of-the-art education hub for forward thinking and innovative creation, which promotes the appetite for learning and exploration for teachers, librarians, parents, students, and educators of all kinds.

As you walk into the center you are consumed by an inviting atmosphere complimented with bright red tiled floors with spacious hallways and high ceilings. The classrooms are open and inviting with large windows looking out onto a garden that allows natural light to fill the space. 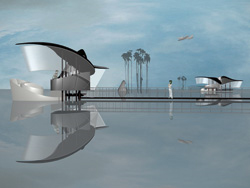 Piano has designed The Modern Wing so that the architecture stands as a creative spectacle without compromising the museum’s artwork. Each of the four collection layouts have been strategically designed for maximum viewing potential.

The flow of the collections allows the viewer to move from piece to piece, without feeling overwhelmed by overcrowded collections. The blend of the collection creates a motivating energy that resonates through each room, which leaves you craving to see more.

There were 30 presented works that represent a full range of media produced between 2000 & 2007. Cy Twombly’s use of vibrant colors in an aesthetically soothing way represented his concern with seascape, landscape, light, and flora.

Every element of Cy Twombly’s work bridges the special exhibition to the rest of the Modern Wing’s art works for a cohesive and complete collection.

“Cy Twombly has had such a long and prolific career, and he, as an artist, helped shape many of the artistic movements of the second half of the 20th century, so his work really encompasses what we are displaying in the Modern Wing,” said Erin Hogan, Director of Public Affairs.

Modern and Contemporary Works on Paper:
This exhibition celebrated the opening of the Modern Wing and the Department of Prints and Drawings’ extensive holdings of print on paper with an exhibition that highlights its modern and contemporary collection of

The museum opened with over 80 works that are hardly exhibited in public galleries due to their sensitivity to light.

The second display of work is created by the Post-War Artists:
? Wilem de Kooing
? Lee Krasner

A special addition to this rare exhibition is Roy Lichtenstein?s Alka Seltzer, 1966, a work he never re-produced in another medium.

This exhibition shows intimate work from 2001 that portrays the experimental “trip-hop” musician and producer Tricky.

The Girls, Tricky compellation of cutting-edge choreographed films and projected image installations are not only forward thinking and eclectic, they are stunning.

Opened during The Great Recession, The Modern Wing is an enduring sign of optimism proving that Chicagoans are always ready to display their commitment to top quality art and culture. (Historical note: The Chicago World’s Columbian Exposition, aka The Chicago World’s Fair of 1893, was also built during a time of U.S. economic recession.) The Art Institute of Chicago has also proven to the international art community that you don’t have to be located in a coastal U.S. city like New York or LA to be recognized as a prestigious cultural institution.

The Art of Banksy – Chicago Exhibit