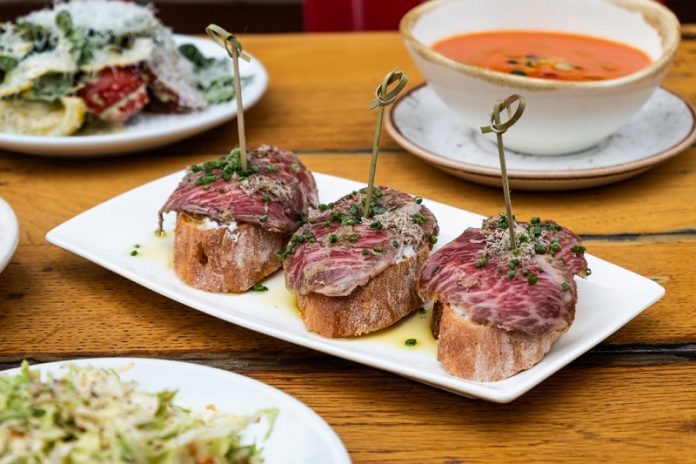 We’re excited to have Cafe-Ba-Ba-Reeba! serving light bites at StyleChicago.com’s Resolutions 2020 at the W Chicago – City Center on Friday, January 31, 2020.

Guests can dine inside or outside on the all-season patio while enjoying award-winning sangria, tapas (the famous small dishes of Spain), pintxos (one-bite appetizers from Northern Spain) and paella (a traditional Valencian rice dish). Side-by-side with traditional favorites like Spicy Potatoes, Bacon-Wrapped Dates and Baked Goat Cheese, they also draw from Mediterranean, Portuguese and Moroccan influences.

Their extensive menus include:
• Dinner – available seven days a week
• Brunch – Enjoy Spanish-inspired sweet and savory favorites and the Build-Your-Own Bloody Mary bar on Saturday and Sunday, 9:00am to 3:00pm.
• Drink – Share a pitcher of our signature sangria, with flavors from classic red and white to passion fruit and white peach, or enjoy Spanish wine from our extensive list, draught and bottled beer, and a variety of craft cocktails. 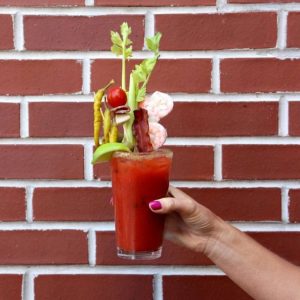 • Happy Hour – Join them for deals on tapas, pintxos and sangria, available daily from 4pm to 6pm in the bar area.
• Friday Lunch – Start the weekend early with a tapas lunch, served every Friday starting at 11:30am.
• Gluten Free – The menus have plenty of tapas and paella to choose from.
• Dessert – Top off your meal with one, or all, of these bite-sized Spanish sweets.
• Kids – Bring the whole family where kids can choose from a variety of tasty and healthy tapas.

Executive Chef, Eric Jorgensen:
Originally from Oak Park, Chef Eric Jorgensen attended Kendall College and graduated with a Bachelor of Arts in Culinary Management. A few years after graduation, he took a job as Executive Sous Chef at the Chicago location of SushiSamba, and then was quickly promoted to the New York City stores. He then moved on to The Mermaid Oyster Bar in New York where he was the Chef de Cuisine, responsible for creating seasonal menus highlighting sustainable seafood. Chef Jorgensen moved back to Chicago and signed on with the Lettuce Entertain You family in 2014 as Sous Chef at Cafe Ba-Ba-Reeba! in Lincoln Park and in 2017, he took the lead as Executive Chef.

Their story:
Cafe Ba-Ba-Reeba! is the brainchild of renowned Chef Gabino Sotelino, in collaboration with Lettuce Entertain You Enterprises (LEYE) founder Rich Melman established on December 26, 1985. The two had first teamed up at the Pump Room, and when Sotelino pitched the idea of Spanish small-plates dining to LEYE, Melman was skeptical at first.

Sotelino says, “… he thought I was asking to open a Spanish topless bar, and he told me I was completely crazy! I explained to him, ‘No, don’t worry it’s not a topless bar! Don’t worry, I will show you!'”

Sotelino took pride in representing the culture and gastronomy of his home, going to great lengths to achieve authenticity – even having for a wood-burning oven flown in from Madrid. Now over 30 years later, current executive chef Eric Jorgensen holds true to Spanish traditions, while at the same time continuously renewing the menu with modern techniques.