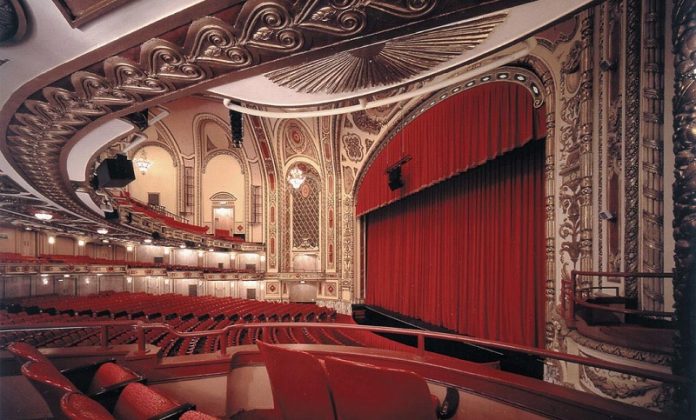 Opened in 1926, the theatre was initially a center for vaudeville acts and was later converted into a movie palace. Once audiences started watching movies at home, the Palace was once more transformed into a live theater space. In the mid-1980’s, the theatre became a rock venue called the Bismacrk Theatre. In 1999, Cadillac purchased the naming right to the venue and the building’s owners restored the theatre to hold large-scale theatrical productions, some of which start their runs in Chicago.

Today, the Cadillac Palace attracts a large audience with its grand productions of Broadway hits which have included The Producers, Mamma Mia!, Disney?s The Lion King and Oprah Winfrey presents The Color Purple, among many others.

Cadillac Palace is located at 151 W. Randolph St. (near LaSalle St.) in the heart of Chicago?s Theatre District in the Loop.

Discover 100 top Chicago and Midwest artisans at the Chicago Artisan Market. Join us for this delightful market on Sunday, December 12, 2021 (Holiday Market) at Morgan MFG in the...

The Obama Portraits: Exhibit at The Art Institute of Chicago

The official Obama Portraits Exhibit of Barack and Michelle Obama are here in Chicago as part of a five-city tour organized by the Smithsonian’s National Portrait Gallery, Washington, D.C. Start...

The original Mean Girls musical … ’80s style. Heathers was a cult classic film, and now they have turned it into a dark comedy rock musical. A little edgy,...

You undoubtedly know “Don’t Cry for Me Argentina.” Now, see the musical it comes from, Evita, when Drury Lane Theatre brings the incredible true story of Eva Perón, the...