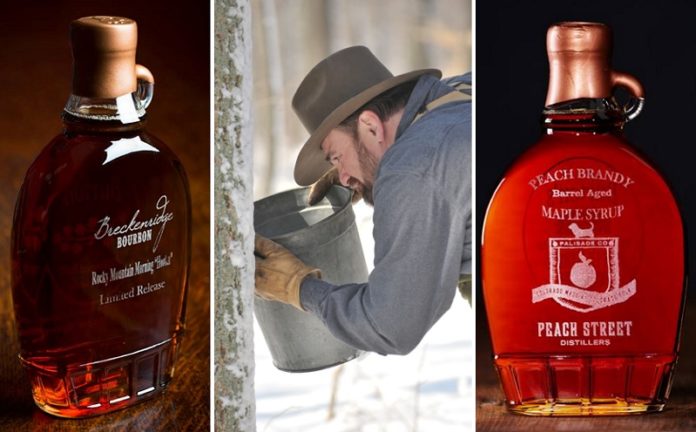 Burton’s Maplewood Farm from Indiana makes only 100% pure maple syrups that are rated U.S. Grade A Medium Amber and Grade B “all-natural” syrups – with no preservatives. Burton’s partners with local distilleries throughout the country to source the barrels (typically bourbon) used to age their syrups.

One taste is all the evidence you to need….the country’s best maple syrups are being aged in barrels from the best distilleries.

We are thrilled to welcome Burton’s Maplewood Farm to the Chicago Artisan Market on Sunday, March 10, 2019 from 10am-4pm at Morgan MFG (401 N. Morgan St.), where they will join 100+ top artisans in food, fashion, home goods + art. 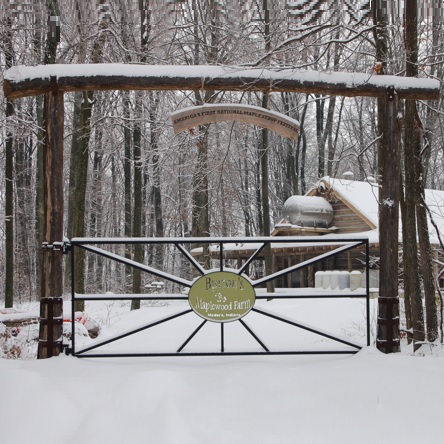 In 1810, Jacob Flinn and his family settled in the heart of Indian territory (Southern Indiana). They were from Virginia (by way of Kentucky) at a time when a Treaty Line dispute was being negotiated between the U.S. Government and the Potawatamis. It was there that the Flinn?s first tapped the maples, boiling the sap in a large metal kettle. On March 13, 1813,  a small band of Potawatomis attacked their homestead and took Jacob prisoner. They took a liking to his syrup kettle and on the long journey back to their village, the 56-year-old Jacob was forced to carry the kettle on his head and shoulders. Once at the Potawatomis’ village, Jacob gained the trust of his captors and managed to make a daring escape in one of their canoes on what’s now known as the Wabash River. Paddling by night and hiding out by day, he eventually made his way back to a frontier fort in Vincennes, Indiana, where he was nursed back to health, so he could return to his Indiana homestead.

StyleChicago.com - September 2, 2020
Join us for the for the Oak Brook Artisan Market. This 2-day outdoor market showcases the Midwest's finest artisans in food, fashion, home goods...

StyleChicago.com - April 23, 2020
Discover 100+ of the Midwest's finest artisans at the Chicago Artisan Market at Morgan MFG. This curated market celebrates the ingenuity of independently owned,...