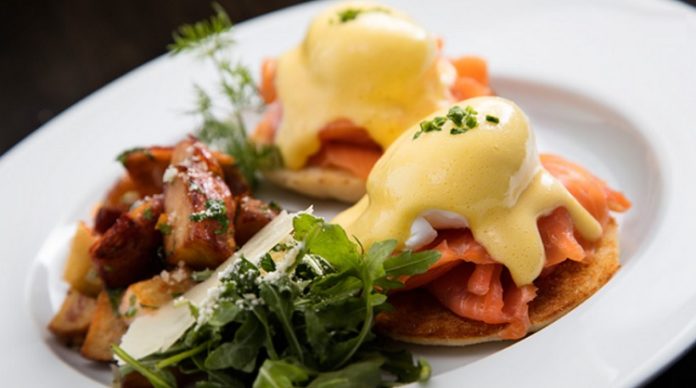 At Bistronomic, enjoy modern cuisine rooted in French culture that showcases ingredients from Midwest farms. The restaurant, whose name is a combination of three words: bistro / gastronomy / economic, is Chef Martial Noguier?s long-time dream come to fruition; to create a contemporary bistro that is both approachable and affordable.

We are thrilled to have Bistronomic serving tasty treats at StyleChicago.com?s Resolutions 2019 at the W Chicago ? City Center on Friday, January 18, 2019.

The delicious menu ? composed from seasonal, local, and sustainable ingredients ? include expertly prepared items like Ahi Tuna Tartare, Housemade Country Pate, Organic Amish Chicken and, of course, the Grilled Cheese Du Jour. A unique menu option also includes the opportunity to order cans or jars, such as a Can of Sardines in Extra Virgin Olive Oil and Vinegar or a Jar of Picholine Green Olives or Caviar.

The fully stocked bar – features imported spirits and an assortment of vivacious cocktails. Bistronomic also offers a wine selection, primarily French and Californian labels, with many selections available by the glass.

Bistronomic is located approximately one block west of Magnificent Mile shopping. The restaurant is open for lunch, weekend brunch and dinner and reservations are strongly recommended. 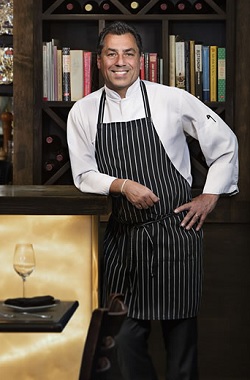 About Chef/Owner Martial Noguier:
Originally hailing from Paris, France, Chef Noguier worked for a number of French chefs before coming to the United States. Chef Noguier?s long-time dream came to fruition in February of 2011 with the opening of Bistronomic, which was received with wide acclaim. He created a contemporary bistro that was both approachable and affordable. The restaurant was quickly deemed the ?Best New Restaurant? by Chicago magazine and the Chicago Tribune. Chef Noguier earned his second James Beard Foundation Award nomination for ?Best Chef Great Lakes? and Bistronomic was nominated in the ?Best New Restaurant? category. Michelin?s Bib Gourmand recognition was also awarded to Bistronomic for three years.

Discover 100 top Chicago and Midwest artisans at the Chicago Artisan Market. Join us for this delightful indoor market on Sunday, March 12, 2023 at Morgan MFG in the Fulton...

Join us for the Fall Edition of the Naperville Artisan Market on Sat-Sun, May 20-21, 2023.  This curated 2-day OUTDOOR market showcases top Midwest artisans in food, fashion, home...

Join us for the Oak Brook Artisan Market. This OUTDOOR & INDOOR Sunday Marketshowcases the Midwest's finest artisans in food, fashion, home goods + art. Join us on the picturesque... 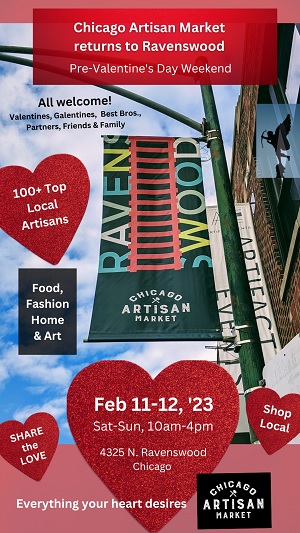