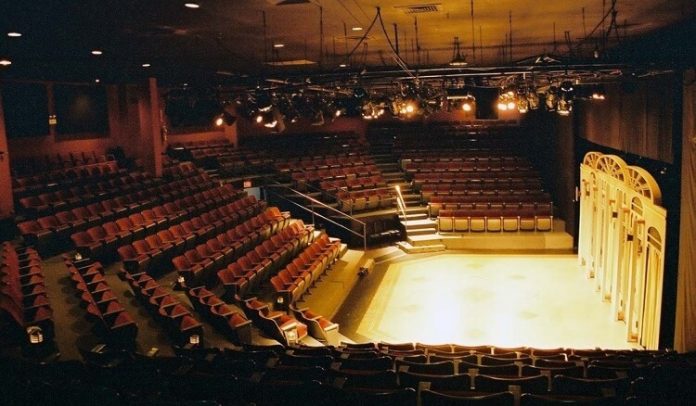 The Apollo Theater is a lush venue with a prestigious reputation in Chicago’s theatre community. Its repertoire includes a fresh blend of comedies, musicals and special events. The theater has 440 plush seats configured in only 11 rows, allowing for intimacy and accessibility. The venue also lends itself to presentations, lectures and major performances. Its large high-ceiling lobby is suitable for receptions.

During the summer of 2005, a smaller, second stage was added to the Apollo Theater, in what was formerly the Act One bookstore. The 50-seat Apollo Theater Studio has quickly become one of the most sought after venues for comedy, sketch, upstart theater companies and improv.

The Apollo is also home to the Emerald City Theatre, Chicago?s largest children?s theater company dedicated solely to families. Emerald City Theatre draws nearly 50,000 patrons annually and has been called ?Chicago?s most innovative theater for families? by the Chicago Sun?Times.

The Apollo Theater is located in the heart of Chicago?s popular Lincoln Park neighborhood, approximately two blocks north of Fullerton Ave., on the west side of the street.

Discover 100 top Chicago and Midwest artisans at the Chicago Artisan Market. Join us for this delightful indoor market on Sunday, October 16, 2022 (Fall Market) at Morgan MFG in...

Join us for the Oak Brook Artisan Market. This OUTDOOR & INDOOR Sunday Marketshowcases the Midwest's finest artisans in food, fashion, home goods + art. Join us on the picturesque...

A beloved Chicago tradition, The Goodman Theatre ushers in the holiday season with its adaptation of Charles Dickens' classic holiday story A Christmas Carol. Purchase discount tickets to this event. Start...
Advertisement